Developing new therapeutic strategies for the treatment of human diseases

The Powell Gene Therapy Center (PGTC) at the University of Florida has been instrumental in the development of newer, safer agents for the delivery of therapeutic genes to patients with genetic diseases, such as cystic fibrosis (CF) and alpha 1-antitrypsin deficiency (AAT-D). New programs will extend the use of the harmless virus, called AAV, that is used as a carrier for therapeutic genes to the study of other genetic disorders such as congenital Leber’s amaurosis (CLA), a genetic cause of blindness, and Pompe’s disease, a genetic disease characterized by heart failure and muscular dystrophy. It may also be applied to important diseases of the central nervous system, such as Parkinson disease (PD).

The Powell Gene Therapy Center has been a pioneer in several ways: 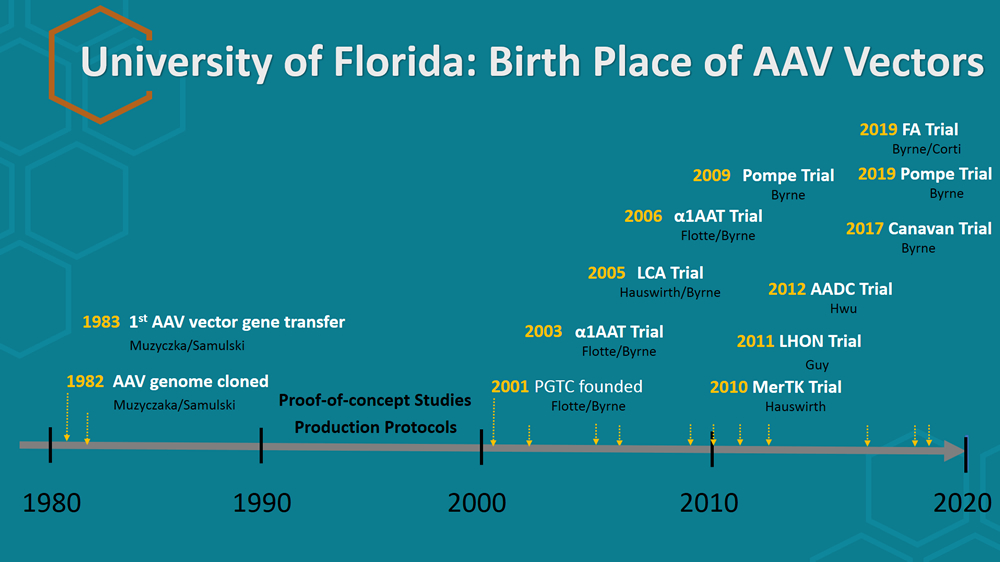