Unexpected or serious adverse events (SAEs) represent a potential danger in any clinical trial. To minimize the likelihood or seriousness of such events occurring during clinical research, toxicology studies are frequently required by the FDA before a trial is initiated. However, many grants do not provide support for such studies. In addition, toxicology data that are generated are usually considered to be proprietary and held within a Drug Master File, unavailable to other investigators. Consequently, toxicology studies are often repeated at great cost to both the research community and funding entities.

Toxicology Centers are funded through this cooperative agreement in order to generate and share toxicology data relevant to particular gene vectors. The Toxicology Core will be responsible for conducting animal and in vitro toxicology studies that the FDA determines are needed before a particular clinical gene transfer trial can begin. The Toxicology Core obtains, collates, analyses and stores the data generated. The data will be transmitted in the appropriate format both to the investigator for subsequent transmission to the FDA and regulatory agencies as needed.

The Toxicology Center obtains, collates, analyses and stores the data generated. That data is transmitted in the appropriate format both to the investigator for subsequent transmission to the FDA and to the NGVL Coordinating Center for inclusion in the Toxicology Master File. 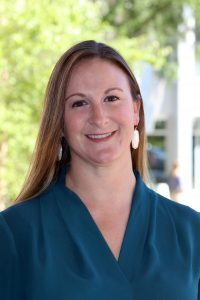 Kirsten Coleman is the Associate Director of the Powell Gene Therapy Center Toxicology Core.  She obtained both her B.S. and M.B.A. degrees from the University of Florida. After completing her undergraduate honors thesis in Dr. Terence Flotte’s laboratory in 2004, she joined the Toxicology Core to participate in the first-in-human trial of adeno-associated virus (AAV) 2 for the treatment of alpha-1 antitrypsin deficiency. Since then, she has participated in bench to bedside research for multiple disorders utilizing the AAV gene therapy platform. Kirsten’s current responsibilities include designing and coordinating numerous aspects of preclinical and clinical testing, as well as overseeing that the Toxicology Core adheres to FDA Good Laboratory Practice (GLP) 21 CFR Part 58 regulations. Her research focuses on the testing of cell and gene therapy vectors to determine their biodistribution, immunogenicity, pathology and efficacy for the treatment of a wide range of diseases, including musculoskeletal, metabolic, ocular and neurological disorders.

View a list of publications, abstracts, and presentations from members of the Toxicology Core.

See what others are saying about the Toxicology Core

Affiliates and Other Resources