The Vector Core Laboratory was established in March of 1995 when the first of two laboratory modules targeted for the Vector Core became available in the Academic Research Building (ARB). In September of 1995, the Vector Core Laboratory occupied a second laboratory module in the ARB to reach its current size of approximately 1500 sq.ft. In its first year of operation, Sergei Zolotukhin, PhD, the previous Director, had equipped the first module for wet lab DNA manipulation and cloning and the second module as a tissue culture facility for producing preclinical vectors and for training staff from other laboratories. The current facility director is Sanford Boye.

The primary role of the Vector Core Laboratory is to provide the service of generating gene therapy vectors. This service is comprehensive, starting with consultation on construct design and AAV capsid selection, molecular cloning of AAV plasmids and finally packaging and purification of virus. The Vector Core has served this role for a number of NIH program project grants worth over $25M and produces over 400 preps per year for both academic and industry sponsors. In addition, the Vector Core serves a training role for students associated with those programs.

Together with the Process Development and Quality Control Lab (directed by Nathalie Clement)   Vector Core assists with developing new vector technology in collaboration with Center faculty. As such Vector Core has access to many of the new AAV capsids developed at the University of Florida.  In addition, Vector Core staff work directly with the GMP manufacturing staff in the Human Applications Lab (directed by Brian Cleaver)  to facilitate the transfer of projects to clinical stage manufacturing. 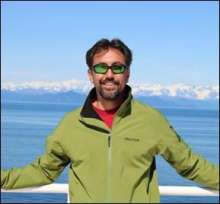 Sanford Boye’s research focuses on 1) the design, construction and utilization of recombinant adeno-associated virus (AAV) vectors for gene transfer and 2) the evaluation of clinically relevant AAV vectors in animal models of human disease, with emphasis on retinal degenerative disorders.  He was a member of the National Eye Institute- funded consortium who developed an AAV gene therapy for the RPE65 version of Leber Congenital Amaurosis (LCA2), designing the clinically relevant AAV vector.  This led to several successful, first in human clinical trials of gene therapy for blindness and in part to the FDA’s first approval of a gene therapy for an inherited disease.  He has designed AAV vectors that have been used to successfully address a variety of retinal disease models, including autosomal recessive retinitis pigmentosa, achromatopsia, X-linked juvenile retinoschisis, Bardet-Biedl syndrome, Usher syndrome and multiple forms of Leber congenital amaurosis (LCA).  Recently his work has focused on modifications of the AAV capsid to vector performance and safety. Currently he splits his time between working with Dr. Shannon Boye on both basic science research and translational programs- gaining FDA approval for AAV based treatments for retinal disease and directing Vector Core within the Powell Gene Therapy Center. Sanford’s publications can be found here and here.